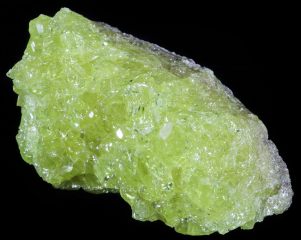 Third most abundant min
eral in the body.

When in contact with stressful stimuli your body produces certain hormones that mediate your physiological response to the stressors. Cortisol produced in the adrenal gland regulates blood pressure, the anti-inflammatory response, immune function, blood sugar levels, and metabolism. Cortisol is also considered the stress hormone, as it alters the biological processes above to deal with high stress situations. This was useful in ancestral times where hunters needed an energy ‘boost’ to escape deadly situations. In modern quotidian life, however, stress is imperative and nearly continuous. Stressful experiences lead to depletion of magnesium stores because our body requires high levels of magnesium to deal with excessive cortisol production. Stress is not the only factor that induces magnesium deficiency, as for every molecule of sugar we consume, our bodies use 54 molecules of magnesium to process it. Low magnesium levels in the soil also reduce its stores within produce, this is due to the large amounts of pesticides which kill beneficial bacteria and fungi that work symbiotically with plants to convert minerals and nutrients found in soil to their bioavailable form. Magnesium is flushed from the body by pharmaceutical drugs such as oral contraceptives, antibiotics, cortisone, prednisone, and blood pressure medications. Also interesting, flouride competes for absorption with magnesium…

In the plethora of minerals that the body needs, Iron is amongst the most vital. All minerals are essentially living, as their creation exhibits formative life principles. The single most abundant mineral on earth, said to supposedly to constitute the mantle and the earth’s crust, is iron.

Iron is then what drives the electromagnetic excitement of our earth; assimilating & releasing electromagnetic waves in a toroidal field, and it is what purportedly induces a dynamo effect upon our system-environment plane of existence.

This is due to the fact that iron is the single substance/element on earth that is truly magnetic. It is at the heart of the most vital cellular processes, and literally runs through our heart at the core of every single red blood cell. We only need minute amounts, but without it we cannot carry oxygen to our brains, our blood cells perish, our immune system fails, we develop anemia, and then consequently various other degenerative diseases. Experiments have shown that the human heart produces it’s own electromagnetic field, which makes sense given the tremendous amount of flowing iron in our blood.